Be Ambitious
Be Resilient
Be Creative
Be Curious
Previous Next Welcome to our "Picture News" page!

What is Picture News?

Picture news aims to support pupils' development of their spiritual, moral, social and cultural elements of learning and behaviour.

It encourages children to engage with current affairs alongside worldwide news stories and provides them opportunities to learn about and discuss what is happening these within assemblies, class and at home.

Have a look at the "Things to talk about at home" section, which supports parents and guardians to join in on the discussion!

An update to the Highway Code has introduced a hierarchy of road users, which creates ‘clearer and stronger priorities’ for pedestrians to improve safety for pedestrians, cyclists, and horse riders.

Rose Ayling-Ellis, profoundly deaf winner of Strictly Come Dancing, has called for change regarding BSL’s legal status in the UK and said she had spoken to Labour MP Rosie Cooper about her Bill in Parliament.

Queen Elizabeth II has announced a special competition ahead of her Platinum Jubilee in June and the 70th anniversary of her reign on the 6th of February – the Platinum Pudding Competition.

Chinese authorities have banned footballers from getting tattoos and instructed national team players who already have tattoos to remove them or cover them up to set a “good example”.

Men’s world number one tennis player, Novak Djokovic has won his appeal against his recent visa cancellation, meaning he is potentially free to play in the Australian Open tournament.

A recent project provided outdoor activities for urban schools and sought to create a model for effective and transformational change, giving the opportunity for everyday connection with nature. 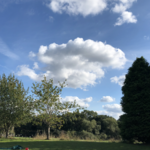 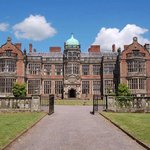